For easily manage your css files LESS adds some features. Clearly LESS is an extension to CSS. It is compiled to css and also dont know that LESS was used in background. No libraries or extensions are needed to use LESS. Basic feature of LESS is working with variables which allow to control commonly used values from a single location.
Started LESS with Visual Studio 2012
One thing to do need to install Web Essentials tools in Visual Studio 2012. Web Essentials compiles the .less file to .css also minified this css file.

To do that go to Tools> Extensions and Updates. Select Online from left Panel. 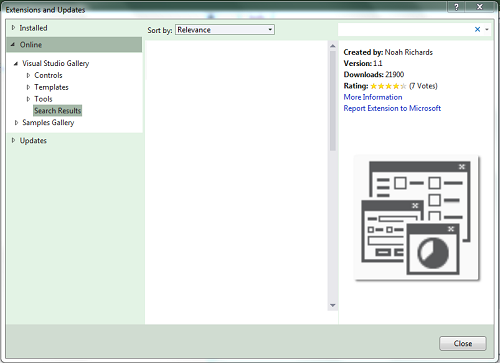 and write Web Essentials in search box in right panel. 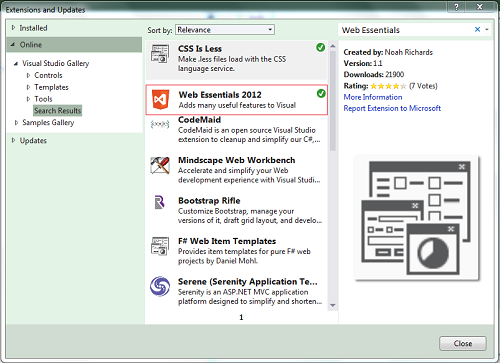 Download and Install and restart your visual studio to take effect.

Thats it. Now you already starting working on LESS in visual studio 2012.